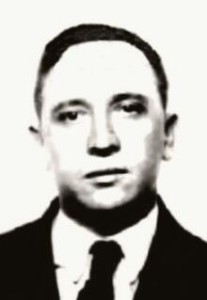 Birth Location – Castellammare del Golfo   Birth Name – Paolo Palmeri   Died – May 7, 1955 Introduction Paul Palmeri was born on October 1, 1892 in Castellammare del Golfo, Sicily. He was the youngest son of Francesco and Anna Caleca Palmeri. He had two brothers Giovanni and Benedetto (Angelo). Early life Paul Palmeri was 16 years old, when he sailed to the United States. He arrived in NYC on Feb 27, 1909 and moved into the Italian colony of lower Manhattan. He married Elena Curti who was born in Italy on October 24, 1896. Palmeri’s best man was Silvio Tagliagambe, a subordinate of American Mafia boss of bosses Salvatore “Toto” D’Aquila Beginning of criminal life In 1920, Paul Palmeri along with his wife and children Anna and Ernesto moved from New York to Niagara Falls. In Niagara Falls, he assisted his brother Angelo with the organization of bootlegging rackets. The Palmeri brothers, in association with the Sirianni brothers, “Don Simone” Borruso, Joseph H. Sottile and Canadian crime boss Rocco Perri, controlled the flow of illegitimate liquor into the U.S. from Canada. At the same time, Paul and Angelo Palmeri went into business together as importers and commission merchants. In 1928, Palmeri partnered with Alfred Panepinto in the Panepinto & Palmeri Funeral Home in Niagara Falls. He was arrested in Nov 9, 1931 with four other suspects for the kidnapping of wealthy fur dealer Alexander Berg. 1932 Paul Palmeri was arrested in New York City. He was one of fourteen suspects including Sam Dicarlo, Johnny Bath Beach Oddo, Casandro (Tony the Chief) Bonasera, Ciro Gallo, Santo Volpe, and Giuseppe Trania, in connection with the Murder of Pittsburgh Mafia Boss John Bazzano, All were released 1934, he was arrested for assaulting a police officer at the scene of a traffic accident, he was sentenced to prison for thirty days in the County Jail In 1942, Paul Palmeri was charged as a leader of an alcohol bootlegging ring that evaded $3.5 million in federal taxes from 1933 to 1941. Palmeri was sentenced to prison for three years with $9,000 fine. 1940, Stephano’ Magaddino’s brother Antonio joined Palmeri in his funeral home business. 1941, Palmeri left Niagara Falls the business became Magaddino Funeral Home He relocated to Passaic, New Jersey and established a partnership with Willie Moretti. Moretti was a key figure in the Frank Costello /Luciano family